Worth a Hit and Run

First things first – Bradley Cooper with dreadlocks. In a word, ew. But Bradley Cooper as an estranged best-friend-slash-criminal to Dax Shepard’s creative character played by himself? Genius. In his writer/director project, Shepard plays a self-righted guy happy in his new witness-protection program life. He’s got a sweet girlfriend (Kristen Bell) a lovable pal for a Marshall (Tom Arnold) and one of the most bad-ass vintage cars I’ve ever seen. But, when his old life starts to catch up with him, it’s an all out race (literally) to get across the country and away from it. Action movie? Yes, definitely. Romance flick? There are undeniable moments of, “aw.” Comedy? I’d watch it again and again. Bravo to the superb, witty, smart writing from Shepard, and lucky him to have such a great Casting Director who could put seriously malleable chemistry into a flick that probably had two sets, total. We even get a little performance from Beau Bridges. Don’t overlook this one – It’s got semi-big names and a lot of fire in the preview… but it’s worth every second you have to see Cooper in those nasty locks (he even tops it off with amber colored glasses and a track suit). Unpredictable yet genuine and endearing. It’s everything you’d never expect to get out of a movie titled, “Hit and Run.” For my long time fans, this movie is a MUST-SEE. 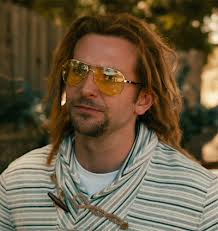