Where To? | Spend the Night in Athens … Like a Grown Up

I’ve been to Athens a million times. Not only did I spend five years there as a full-time student, but I spent the few years after graduation loyally returning for game days, spring weekends and summer nights. After that phase, and now that we’ll admit to being (semi) Grown-Ups, Mike and I have jumped at the chance to find reasons to hop on 316 and head back east to the red and black burrow. More than a year has passed by since our last trip (which we try not to talk about) and enough rumors of renovations, new restaurants and seasons of less students have passed through our social media feeds to know that now was the time (and it was our last chance for a baby moon). So, as two mature adults, not neccesarily looking for power hour (thank goodness I was pregnant), we packed and left.

Did you know UGA has a hockey team? 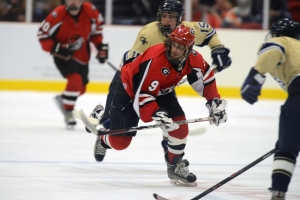 You’re lying if you say yes. This became our baseline excuse to visit downtown Athens in the winter. Of course, it came with the streets lit up by tiny twinkling lights and the end of finals, but those were simply perks. No, it may not be (anything) like a Thrashers game was, but it was ice hockey nonetheless.
In the tiny (no seriously, it’s hard to find) rink inside The Classic Center, we discovered a tiny, die-hard community dressed in UGA Ice Dogs jerseys, chanting in unison and banging on the glass every time one of our players scored, which was 8 times that night versus the inhumanly large Johnson & Whales. It’s the small, club-team atmosphere you’d expect, but with emotions as strong as those found between the hedges – and even a girl on the team. Tickets are cheap, games are often and if you bring the family, you can purchase skate passes to hit the ice yourselves after the buzzer blows.

And because Athens is our favorite for its food…

The best part about choosing ice hockey as your spectator sport of choice is that you’re already downtown come dinner time. This is where the decisions get hard, because for a town built around boys and girls on a budget, there is some serious good eating to be done. Staple favorites still in business are Amici for pizza and wings, The Globe for local-inspired pub fare and The Grill for late-night fried food staples. I also can’t deny a love for Cane’s, Little Italy subs and the occasional hot dog from the hot dog man.

We made reservations at The National – a cozy kitchen off the indie theatre, Cine, with a famous chef and notoriously good grub. Now, the most memorable part of everyone’s night on this particular night was witnessing my inability to squeeze into the seat behind the table. Since it only seats about 40 people anyways, you can imagine the stares as we had to find another seat. Hashtag, really pregnant. 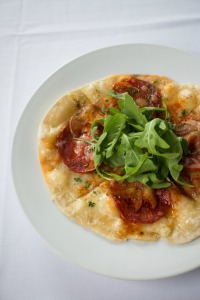 Start with the crispy brussel sprouts drizzled in an herbed sour cream sauce, but then squeeze in room for one more appetizer – one of the crispy, light pizzettes. The menu is seasonal, but if you go before winter ends, get comfy with the soul-warming Hanger Steak or the melt-in-your-mouth Pork Shoulder and Chorizo. Pair either with a glass of the Couer de Terre Pinot Noir (or so, Mike says), and you’ve got a meal made in heaven – and one worth the entire drive to Athens, if you did nothing else.

Skip their dessert menu, though – We opted for a drive up to Five Points instead, where an intended visit to Aromas landed us at The Pine instead. A spirits-heavy and bar-tar smelling spot with light bites and a short menu ends in just two, simple desserts. We hesitated, but opted to be cool and stay, choosing the s’mores. Thank goodness, because this little gem came out sizzling in a mini cast iron skillet with perfectly charred marshmallows over rich, melted chocolate and sugary grahams. We ate right out of the pan – and would have licked it, if it hadn’t still been hot. 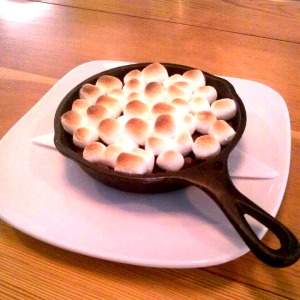 Not that you have time for a third meal (and if you’re boozing, you should probably cab it at this point), but if you’re in for another meal while you’re in town, we loved brunch at Heirloom Café. It’s off the downtown path, off North Chase Street, and offers all-day dining with that Prince Avenue (a.k.a “the locals”) side-of-town touch. We got there at 10am (a must to beat the crowd) and chose everything with the word Pimento Cheese in it, sampled still-warm chocolate chip scones and groaned (in a good way) over delicious sausage and creative quiches. Their cocktail list and main menu look incredible, but it’ll be hard to give up the anticipation over those breakfast food phenoms next time we’re there. 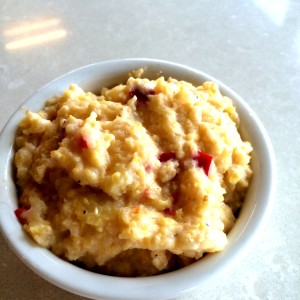 If you’re not crashing on a couch…

Know that, even the hotels have changed in the Classic City. Whereas we used to recommend calling the Best Western months in advance to ensure a room on a weekend, now a slew of higher-end lodging awaits a pricier reservation. Whether the Hilton Garden Inn in the heart of downtown, the new, hip Hotel Indigo just blocks from Washington Street or The Graduate Athens (formerly, The Foundry Park Inn) on the corner of Dougherty and Thomas Street (walkable to The Classic Center), you’ve got a trendy place to rest your head – no matter how much sleeping you plan to do.

We stayed at The Graduate, which opened in October with retro, student-body-inspired decor of brighter colors and funky prints than the hunter green and eggshell of old. Other than these internal facelifts, not much about the rooms have changed. You’re still fighting for parking and listening to wedding and event-goers race to their rooms through paper thin doors and settling frames. But, the property has created a brand-new lobby that includes a hip coffee shop and lounge that serves us creative cups of comfort to enjoy sofa-side. The main perk is that this hotel choice is still one of the most affordable (without defaulting back to the Best Western) and walkable to everything available downtown. With the sparkling lights in full glory and the restaurants giving you reasons to order course after course, that walk isn’t such a bad idea. 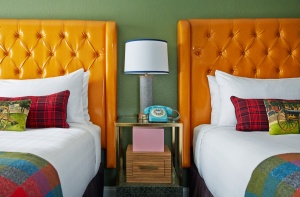 The result? Mike and I admit doing Athens like a grown-up was pretty fun. We got good sleep, consumed good calories and we even got to sightsee in a town that’s ever-evolving, instead of walking our way home. I’ve never been so thankful to be sober. It’s still the perfect place for a short drive’s stay cation, and with the right season on your calendar, something you’ll see other grown-ups doing too.

Plan your own trip via visitathensga.com