What’s Happening at Our House…

It’s time we all admit it – The days of girl’s nights with wine, cheese and homemade dips are over. Pajamas or not, this occasion just doesn’t exist anymore. 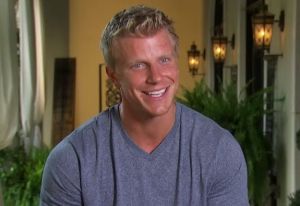 And when I say involved, I mean they’ve become the life breadth of the Bachelor Nation. They make sure it’s recorded on DVR, they control the remote so we don’t spoil the episode by seeing previews, they refuse to let an episode go by without the communal watching party and they are leading the pack on Fantasy Teams across America.

In fact, just this week, I was basically accosted for forgetting to make my picks for the second episode of the week in our league. Forget that I had already been figuratively hanged for suggesting we watch the second episode on our own that week (picture a resounding “hell no” from the three guys in the room, and then a resounding jaw-drop (which is actually silent) from the women in the room). I also want to mention here that while I obliterated my Fantasy FOOTBALL league with the championship this year, Mike, the husband, is making a much larger deal out of the fact that he is winning in Bachelor Land. (I wish I could paste a picture of the face that makes me make).

These guys know the Bachelorettes by name, they could pick them out of a line-up simply based on the way they inflect their dialogue. They’ve got favorites who they follow on Twitter, read up on online and scour magazine racks at grocery stores for hints at their future romantic endeavors. Mike’s not actually on twitter, but let’s be honest, that’s probably only a short life phase away.

Now all this is added to the fact that Mike drinks more wine than the ladies on bach nights, that another friend of ours (okay, I wasn’t going to call him out, but I’ll settle for the nickname, DOOGER) wears a V-Neck every week in honor of Sean Lowe’s fashion sense. Now Blake and Mike are both on board. So, yeah, they’ve made it a themed night all around.

Last week, DOOGER iced the dessert cake with Sean’s name and the outline of a V-Neck. People – I have never even thought of that. The closest I came to bringing Bachelor around to real life was when I invited everyone over to make “Gingerbestmen” during the Ashley and Jay-Pay wedding… (That I forgot to record and was chastised by the male members of the group, sigh).

Now understand this. I am not complaining. In fact, I’m bragging. Of course hoping to come across snarky enough to poke fun, but also to celebrate a shifting motif in 20-something’s culture. Girl shows are no longer girl shows (unless you’re watching The Carrie Diaries) and boy shows don’t really exist, because they make us watch those with them (pawn shops, storage units and ax men).

So, here’s a raised glass (of red wine) to the men who’ve embraced good TV, admitted the Bachelor is addicting and that they really do look forward to the camaraderie it inspires in living rooms across the nation.

One thought on “What’s Happening at Our House…”