Chilling is the overall best word I can use to describe this Swedish mobster film. I will admit that somewhere deep in my subconscious, I knew what I should expect to find. When the biggest words on a movie poster say, “Martin Scorsese Presents,” you can guess it’s going to be dark, dingy and violent. Luckily, I love that. I love a good shoot out, a bloody lip and I could stand a little more foot racing in films.

Easy Money, directed and filmed overseas by Daniel Espinosa (under the title Snabba Cash–way cooler sounding than the English translation, if you ask me), this bubble of bad boy drama unfolds like a short story, but winds itself up for a spinout of almost two hours. Whew. That’s a long foot race.

The story is basic – a naïve finance major gets in over his head with Albanian (and some other nationalities, but honestly the subtitles mixed with all countries, I’m sticking with that one) drug lords to make an extra buck. His motive? He wants to fit in with the rich kids. His problem? He has no idea what he is in for. Morals, revenge, regret and desperation clash to bring us edge of your seat, knot in your stomach type action, that we’d certainly expect from something Scorsese-sponsored and (if you’re a fan) are glad he got behind it so we’d have the chance to see it. I can’t say it’s for everyone – absolutely not for a faint heart or a weak stomach… and probably not so good for a guilty conscious. Clean slate and tough skin? This flick’s for you. 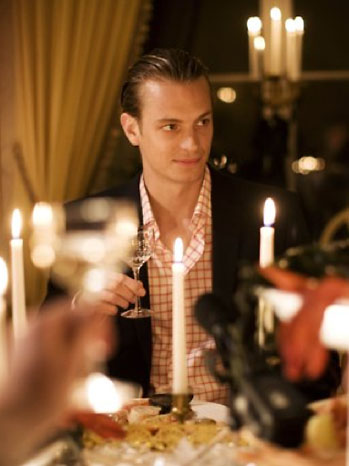