Summer is always a promising season for good flicks. Whether over-the-top blockbuster that satisfies your action itch for months to come, or a ridiculous comedy with no cinematic value other than the fact that you had a great time watching it, there’s something for everyone when it’s too hot to play outside.

Personally, I’ve been pretty pleased with the selection delivered this year. Maybe it’s the result of rainy day cures you’d never thought you need as a South dweller, or maybe it’s that they’re really that good. Either way, save your allowance to splurge on movie and a popcorn before these are gone. 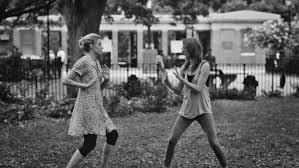 Frances Ha – If you’re anything like me, you’ll spend as much time trying to infer the meaning behind this title than you will actually watching the movie. Truth is, that’s almost perfect for what turns out to be the motif in this cute, candid coming-of-age story. Frances and Sophie are the best of friends, soul mates even in the girlfriend category. They can nitpick at each other and build each other up in the same amount of intensity, and still fall asleep on each other’s shoulders. But what happens when you (inevitably) have to grow up, make new relationships and extend your secret nothings to someone other than the one who knows (and hates) that you sleep in your socks? There are laughable moments, moments that may hit too close to home and moments that might even make you tear up… which in my opinion, is bliss when it comes to a storyline. This is one of the most real movies I feel like I’ve watched, almost ever. And for that, I give it a million stars and a solid recommendation to grab a girlfriend and go see it. 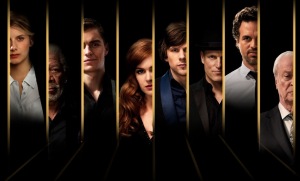 Now You See Me – This has got to be the summer’s coolest twist. Think Ocean’s Eleven crossed with The Prestige and you’ve got this new age magician story. It’s not your silly-inspired Burt Wonderstone, it’s an intricate path inspired by the “true meaning of magic,” and all of the fun questions that brings up. The cast has surprising chemistry, with Jesse Eisenberg, Isla Fisher, Woody Harrelson and James Franco’s little brother. Adding Melanie Laurent (a personal fave), Mark Ruffalo and (what’s a star-packed movie without) Morgan Freeman makes it one you truly believed Hollywood had fun filming. Now, to be totally honest, this movie is nothing fancy or deep, but if you’re not a hipster looking for a cooler meaning in everything, this is the definition of a good summer flick. So, fling intellectual challenges to the wind and give in to this simple, solid entertainment. It’s good.

Blue Jasmin – Woody Allen fans? Add this to list of successful flicks. I haven’t yet seen an Allen film I didn’t like (Match Point, Vicky Cristina Barcelona…) but I haven’t seen many, so it’s one of those films you walk into not really knowing what to expect. The result, though, was exceeded expectations, despite that fact that they were nonexistent. Cate Blanchett and Alec Baldwin replace Scarlett Jo as muses, and just plain rock it out. I don’t know what it is about AB that I find so endearing. He may very well play the same guy in every film. But I can’t help it. I find added value in every film I see him in. Cate might as well start interviewing stylists, because if she doesn’t get the nod for an Oscar for her portrayal of the completely shallow, but deeply disturbed Jasmin, I’m boycotting. (ok, probably not, but needed get my point across). This movie moves quickly and convincingly. It’s so, so tragic on a very intrinsic level, but comes off light and fleeting. Much like the personalities and stories we’re seeing unfold. Ahhh, it’s a literary’s dream. We could discuss the motifs for hours. But, I’ll spare you. Instead, just go see this. And enjoy.

Grown Ups 2 – Okay, if you’re up for another “Adam Sandler and Friends” flick, and you liked this one’s first installment, sure, it’s a good laugh. I mean, I really, really laughed hard. The downside(s)? Like most Sandler projects, it struggles over the “feels forced” hump for the first quarter of the movie. I get the feeling that they’re competing over funniness, but with the added pressure of a camera in their face. Not convincing, and overall awkward. You want to laugh, but as soon as you do, you wonder if someone else is swallowing their $12.50. But, again like most Sandler projects, it picks up. Especially with the outrageous frat-boy spoof role by Taylor Lautner, a gentle giant law enforcement played by Shaq and the neighborhood bully who has a heart played Stone Cold. The other day I heard a fellow critic say, “basically anyone who’s had a beer with Sandler in the last five years was in that movie.” It’s a comment that makes you want to roll your eyes, but in reality, I kinda like that. He clearly has fun with his movies, and his costars seem like they do to. Grown Ups 2 makes me believe these guys really are friends and that this could really be something from real life. By the end, I had to admit I liked it. Silliness, ridiculousness and far-fetchedness aside, I laughed my ass off. Which was good, since I ate twice it’s weight in buttered popcorn.