I am a huge Wes Anderson fan. His movies move quietly through my sense of humor, striking a chord (funny bone?) somewhere subtle and doing so ever so softly. Soft enough that I can’t help but giggle. And whether animated with George Clooney and Meryl Streep (The Fantastic Mr. Fox) or on a train (The Darjeeling Limited) or at summer camp (Moonrise Kingdom), the fast-paced, silly stories he tells sit well with me.

I can see the hesitation in Mike’s response, sometimes. It’s a little different than our usually appreciated frat-guy funny. It’s also not on the same level as some of my artful introductions, or my foreign flicks that bring a certain requirement of concentration. Read: We can’t eat while we watch these. Kinda like watching The Americans. But he liked this one, The Grand Budapest Hotel, too. We both reveled in the fast-paced, get-em plot. We loved the quick cameos from Anderson alumni (Murray, Schwartz). We loved the eye-candy style setting and the vacation from our marathon-style television that comes with the new baby territory. (That may not apply to all my readers, but it’s worth saying) 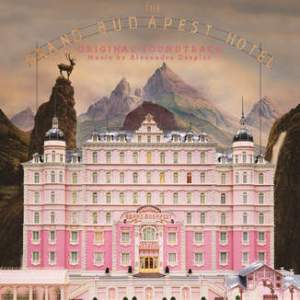 Ralph Fiennes is a perfect cast as the effeminate hotel manager. I had to remind Mike that he was Voldemort, which got him on board in appreciating the performance as well. He carries this film as a stream of consciousness, despite the fact that he’s not actually the one telling the story. Pretty telling if you ask me. 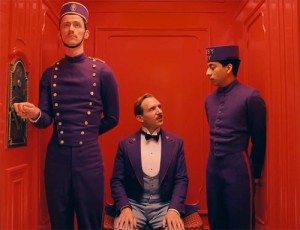 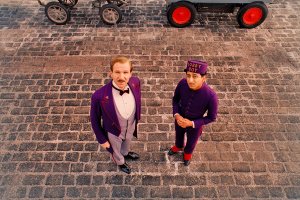 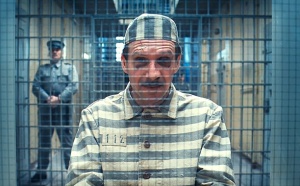 Here’s the rub – I don’t think I totally get what the morale of this story is, or if I could even attempt at a gist to sum up why you should see it. An art-heist-slash-horny-hotel-employee-slash-legacy-leaving … Seriously, I cannot bring myself to keep typing a hyphen. A lot happens. It starts with Jude Law in a public bath and drops in a snowy ski race, cable cars and a jailbreak before ending just as quietly as it began. I love Anderson for that. Here’s to a movie you won’t have nightmares from, ponder life because of or question humanity after. It’s just plain (good) entertainment with an unmatched intelligent humor in the film industry. Bottom line? See it!

« An Oscar Disappointment | Fashion Faux Pas and NPH
Movie Monday | Won’t you be our Neighbors? »